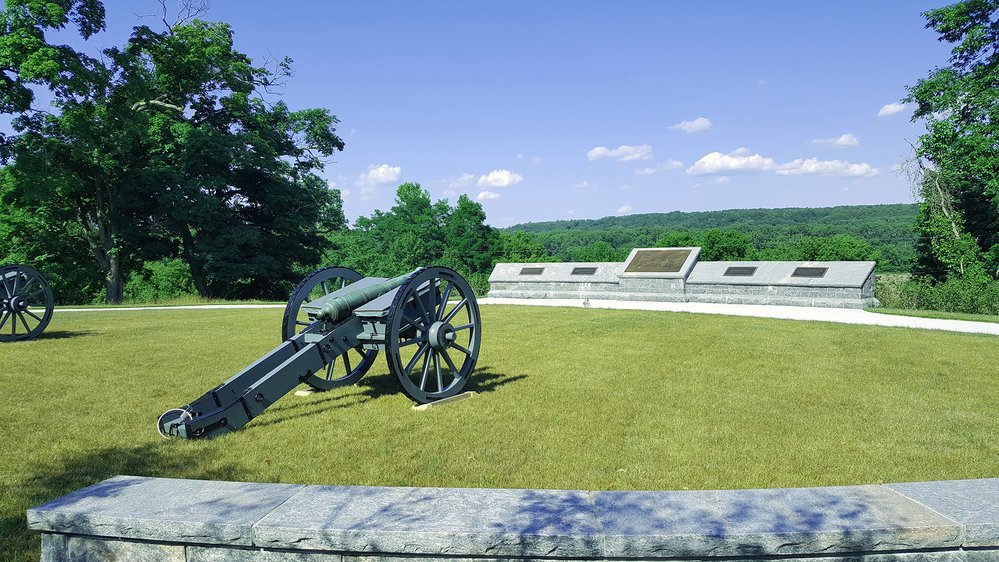 It was an unlikely ending.

Having already signed the "Articles of Convention" that formally concluded the Battles of Saratoga, and with British forces having already surrendered their weapons about half a mile north (the "Field of Grounded Arms" in Schuylerville, NY today), British General John Burgoyne and American General Horatio Gates had lunch on this hillside overlooking the Hudson River Valley.

As surrendered British forces marched southward along the roadway below, with the road flanked by victorious American troops, there was no harassment or bullying of the vanquished, no arrogance or gloating among the victors...only a disciplined and noteworthy silence and respect among all the American forces and a surprised respect among the Crown forces.

That surrender march brought Gates and Burgoyne to their feet to observe the passing army, and brought General Burgoyne formally and symbolically to hand over his sword to General Gates...who returned it to Burgoyne as a gift.

For the first time in history, an entire British army had surrendered.