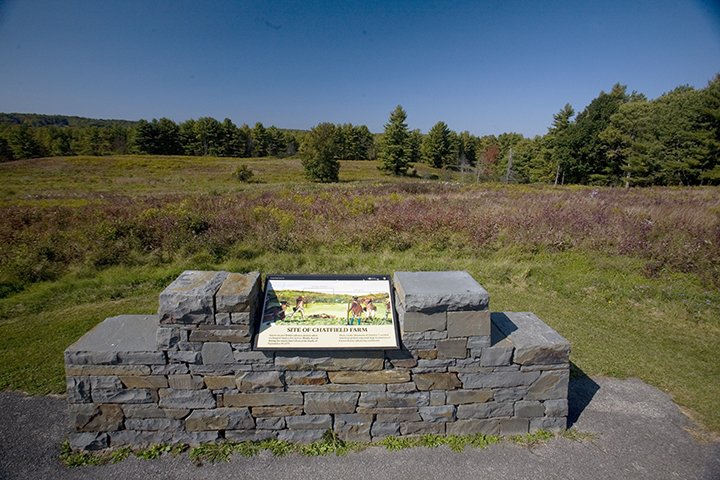 At Stop number 4 you will be facing north.

Between the two Battles of Saratoga on September 19th and October 7th, advanced pickets from both armies faced each other across the middle ravine. The farmhouse that stood here served as an American observation post.

As General Gates’ army received reinforcements and continued to fortify its position, General Burgoyne anxiously waited for help that would not come. General Howe, who was expected to come north from New York to join Burgoyne, would direct his attention toward Philadelphia. Colonel Barry St. Leger, who was to have come from the west through the Mohawk Valley, was turned back at Fort Stanwix by the combined efforts of Colonel Peter Gansevoort, General Nicholas Herkimer, and the one the Indians called “heap fighting chief,” Benedict Arnold.

Gates’ army continued to grow. Burgoyne was on his own. Then, on the afternoon of October 7th, excited American pickets reported large formations of Crown forces advancing southward.