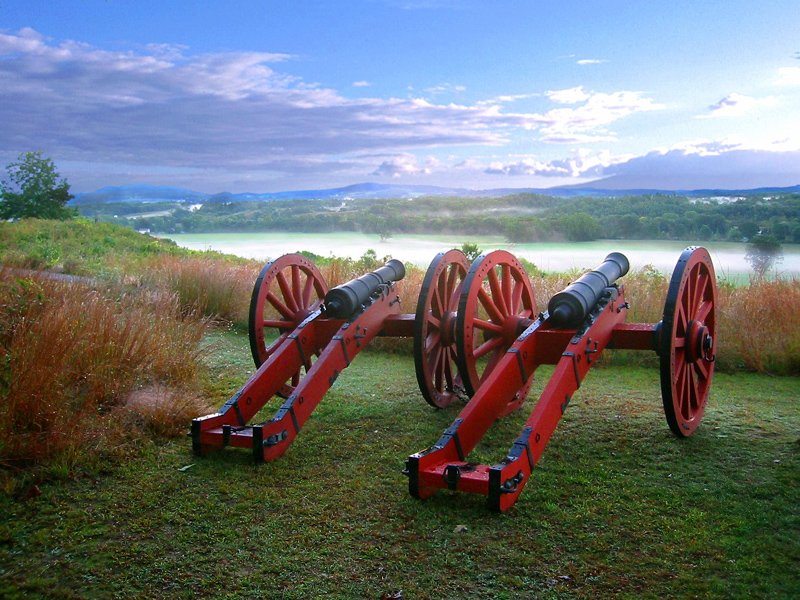 From Stop number 3 one can begin to understand the attraction these heights held for General Gates. These bluffs provide a fairly sheer drop of over 100 feet to the narrow flood plain and the river bed below. Earthworks on the plain below would block any movement south along the river or the road.

These works were manned by the Massachusetts troops of General John Glover’s brigade. Glover’s men were the most recent reinforcements to the American army, and were some of the steadiest veterans.
Fortifications and artillery placed on the heights, where you are now, protected the works below, and were in turn protected by works on another height just to the south. British scouts could see this formidable interlocking system, and persuaded General Burgoyne that testing them would be folly.

This is where Kosciuszko’s skill as a military engineer was first appreciated. This part of the American lines on top of the bluff was occupied by the Massachusetts men of General John Nixon’s brigade, and detachments of Major Ebenezer Stevens’ artillery. Stevens’ men manned a hodgepodge of 22 artillery pieces of varying sizes, both iron and bronze, and spread out all along the American works.

You may wish to leave your car and walk up to the gun platforms, in order to see the ground below from the point of view of the American gunners. The wayside exhibits will explain the layout of the American river fortifications in greater detail, with some artists’ concepts of what they may have looked like. The path leading to the south redan is about 200 yards long, with further exhibits about the fortifications.