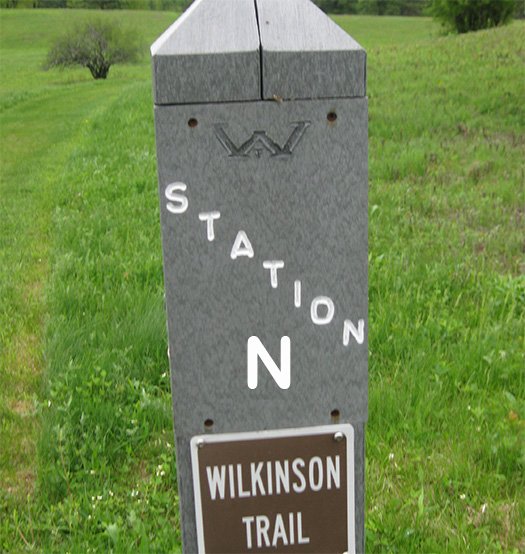 (Narrator)
Here at Station N, turn LEFT, back onto the main part of the Wilkinson Trail.

(George)
It is now October 4th.  Two weeks ago, on September 21st, General Burgoyne received a letter [sounds of a horse riding by] from General Henry Clinton in the City of New York.  Apparently, some of General Clinton’s forces were to advance north.  They planned to attack Rebel defenses about one hundred fifty miles south of us.

It was hoped this would cause the American General here, Horatio Gates, to send soldiers to face General Clinton.  That would make it easier for our General Burgoyne to deal with the remaining Americans here.  But it is now early October, and we have heard nothing from General Clinton.

As we waited, hoping Clinton was on his way, the Rebel Army has grown larger and more dangerous.  We may very well be outnumbered. A few days ago, General Burgoyne called a council of war with his high-ranking officers to discuss our situation.  I do not know what they said.  I can only assume General Clinton cannot help us.  Will we retreat?  We have been camped here so long that many fear we will lose if we fight the Rebels again. I must wait, and prepare my men.