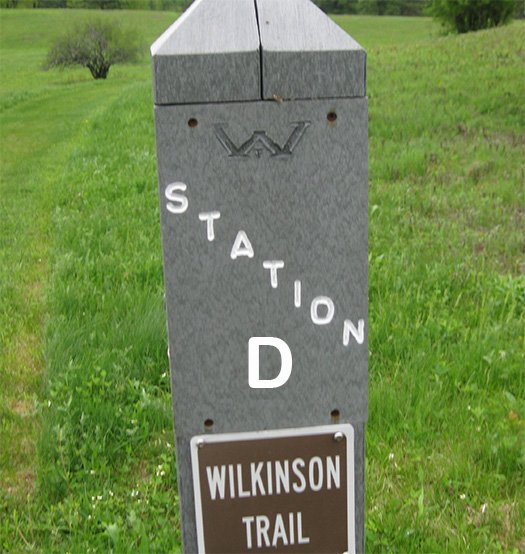 (George)
Not far ahead of you is the farm of a local man, John Freeman, who is loyal to our King George.  That is where most of the battle took place earlier today, the 19th of September.  General Burgoyne advanced his forces [sounds of military fife music, indistinct orders] in three large groups, spread out over 2 miles.  Around noon, the middle group saw the Rebels, just north of Freeman’s farm, and the musket fire began.

The shooting continued for the next three hours until the Americans began heavily attacking our men, especially the Sixty-Second Regiment.  [Scattered musket fire] I heard that the Sixty-Second lost somewhere around one hundred sixty men killed or wounded.  The Rebels also captured forty more.  The Sixty-Second was then forced to abandon their position above Freeman’s Farm.  Things looked bleak for General Burgoyne until my uncle, Griffith Williams, and his men arrived on top of the hill with two more cannons.

[Continued musket firing, a few cannon blasts and some orders.]

I was excited to join my uncle in the fight against the Rebels.  This was my first battle, but our training paid off.  We forced the Americans to leave the battlefield, and we retook it for General Burgoyne!

(Mary)
It is now early evening on September 19th, and I can see the results of today’s terrible battle. Mother and I have no word yet on Father’s whereabouts, and we are afraid.  Our army lost many men today, though General Burgoyne assures us that the Rebels lost many more.  Does he understand how many of these men had families, even children like me?

How our losses may affect us is unclear, though.  One thing I am sure of: the Americans are strong and determined, and this will not be the last time our brave troops face them.  The fighting is far from over.