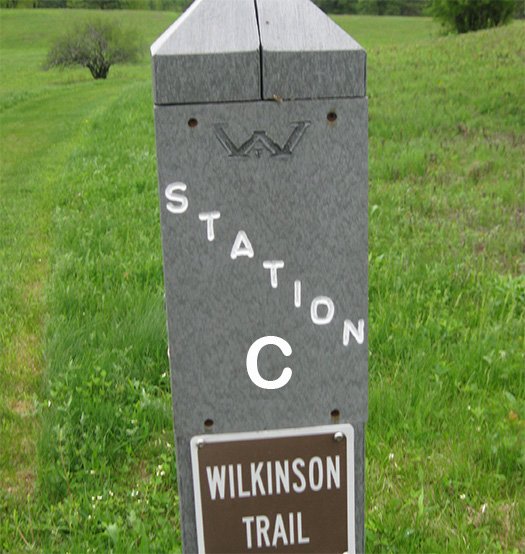 (Narrator)
Here at Station C, please follow the trail to your right and proceed to Station D while listening to the narration.

(George)
It is now the 19th of September, 1777.  This morning,[sounds of a military drum playing "assembly" command] General Burgoyne started marching our army south, through this area, in hopes of sweeping around and overwhelming the Americans.  I know our troops will be victorious!  We are well trained, and our German allies under the command of Baron von Riedesel aid us greatly.

(Mary)
This morning, September 19th, General Burgoyne began advancing our troops to do battle with the Rebel Americans.  What will become of Mother and me if something should happen to Father in battle?  Would we be allowed to return home?  Or must we remain with this army?  I would hate to have to stay in this awful place.  I pray that he will return safely!

Mother says there is talk that many of us camp followers may be ordered for duty as nurses.  I have never had to care for a wounded soldier before.  I am afraid what will happen.  The sight of blood often makes me faint.  What will I do if I must tend to a soldier who has lost a limb?  I would surely pass out!  And what would I do if Father were wounded?  Oh, how I pray to wake from this terrible nightmare.